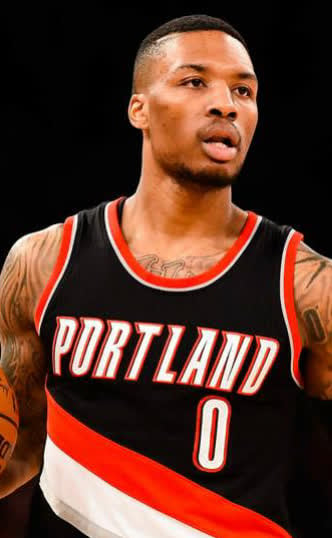 After graduation from Oakland High School, he moved to Utah to study at Weber State University.

Damian Lillard is an American basketball star known for his tremendous performance for the Portland Trail Blazers. The NBA player entered the Weber State Wildcats squad when studying at college. He showed his stuff there and in 2012 was scouted by the agents of his current team.

Father: His dad’s name is Houston.

Mother: His mom is Gina.

Siblings: He has a sister named Lana.

His estimated incomeamounts for about $38 million.

Place of living: At present, the player lives in Lake Oswego, Oregon.

Cars: His collection consists of brands such as Bentley Continental, Cadillac Escalade, and Toyota.

What are his first trophies?

His first awards are very prestigious including the NBA Rookie of the Year. During his whole career, he was titled an NBA All-Star two times.

What is about his other life interests?

Apart from playing basketball, Damian appears as a hip-hop artist and rapper. Summer 2015 saw his debut single “Soldier in the Game” which was available on SoundCloud. In a year, the young man launched his first album “The Letter O.”

What is about his endorsements?

He launched the shoe line “Adidas D Lillard” with his signature in cooperation with the giant brand.

What is beyond the hashtag #4BarFriday?

It is a kind of movement on Instagram launched by Damian. Everyone who wants to become the part of the trend posts a video on his or her own profile on Instagram where he or she is rapping a small verse. The posts go with the tag #4BarFriday.