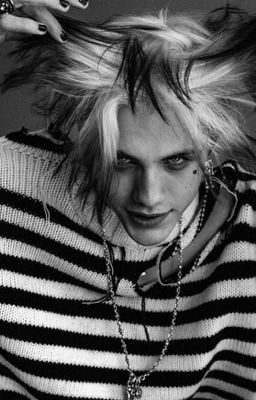 Where was born: Loganville, Georgia, USA

Orientation: Many opinions about this. Most are heterosexual.

Today Noen Eubanks embodies a new youth subculture. Millions of fans dreaming of selfies with a handsome man, photo sessions from famous brands, NotNoen's own merchandise. This is the American teenage dream.

In an interview with The New York Times - Noen Eubanks said he could "buy the country." He will soon succeed in this, if he does not stop working hard on himself.

“I have been invisible all my life, and now people will not stop looking at me”

When was Noen of TikTok born?

Eubanks was born on May 2, 2001 in Loganville, Georgia, United States of America.
Belongs to the white ethnic group and holds American citizenship.

He is 18 years old and in May 2020 he will celebrate his 19th birthday. This is the last year before adulthood begins.

Noen Eubanks, where does he live?

Spent part of a conscious childhood traveling to different places, Florida, Hawaii and now settled in Los Angeles in 2018, where life is free. You are allowed to dress as you please and to do what you want, without looking back.

Mom Tabitha, filed for divorce from Father Brian when Eubanks was four years old (at this age, Eubank's memory is vague). Tabitha took her two sons to Texas, where she remarried. Then they returned to Georgia together. While the boy was growing up, the family often had to leave many places and return to their home region. Moving from place to place and finding friends was challenging. The young man was always puzzled by the question: "Where can I find communication?"

Mother found herself another man, Josh, who was a special forces officer. According to Noen, his stepfather treated him and his brother well. Mom worked constantly. The children rarely saw her. The family lived in an apartment complex, and this was not the best place.

Noen admits that nobody liked him there. He often quarreled with his brother, fought with him and his half-sister, as well as with his parents. His ancestors were very strict and believed that his hobby for the Internet was stupid and meaningless.

In the middle of his second semester of school, he couldn't stand it anymore. The guy decides to move from the house of his mother and stepfather to his father Brian. He did not tell anyone about this venture and did not even leave a note.

Brian Eubanks - biological father of Noen Eubanks
Eubanks disappeared. This was his new beginning, a chance. In fact, this was the first time Noen had tried to parse her hair in the middle.

A confluence of unfavorable circumstances - family alienation, divorce of parents, incessant bullying at school (“people hated me. They called me 'fagot', made homophobic jokes ...”) and the death of a close friend - contributed to a bout of depression. Suicidal thoughts crept into my head.

Noen fell ill and gave up. Even tried to commit suicide a couple of times. I ended up in a psychiatric hospital, but could not afford to stay there. The treatment was supposed to take place on the recommendation of a doctor with a list of psychotropic substances. The guy wanted to disappear from this world. Then his journey to TikTok began.

TikTok is what prevented Eubanks from killing himself. Fans began to appear and there were people who told him, “I'm depressed. My family is getting divorced. I am very unhappy. I look up at you. You make my day better and brighter. "