Kristen Hancher is a young and outrageous girl who attracts fans with her bright appearance, daring experiments with style and bold deeds. At her young age, the TikTok and Instagram star boasts talents as an actress, singer, and dancer. Charismatic beauty with a perfect figure records funny videos with trendy music tracks, shares the secrets of Hollywood makeup and discusses popular brands with fans.

What is known about the biography of the star?

Kristen Hancher was born in Ontario, a province in east-central Canada. It is known that the girl studied dramatic art. Hence - her outstanding acting skills and ability to attract the attention of the audience.

Fans appreciate the openness and sociability of their idol. The blogger is very sociable: she constantly keeps in touch with the fans. Some of the lucky ones from among her followers even manage to light up in her videos.

The girl was brought up in a complete family, and in some sources it is mentioned that her parents are of Macedonian origin. The blogger has a younger brother named Derek. He was born on March 24, 2005. With the help of his talented sister, the guy also managed to become famous on TikTok. There are already more than 325 thousand followers on his page:

It is known that the young man is fond of skateboarding and likes to spend time with friends.

Where does Kristen Hancher live now?

A blogger from Canada rarely shares details of her personal life with fans, but it is known that she currently resides in Los Angeles.

The road to fame and popularity on TikTok

Before starting her professional career, the girl led the ordinary life of a Canadian teenager. Most likely, she spent a lot of attention and time on mastering the art of makeup: the star often shares her life hacks on the YouTube channel, where more than 1.1 million users have subscribed to the bright slender woman with a Hollywood smile. The blogger regularly uploads comedy sketches there.

Prior to registering an account with TikTok, Kristen Hencher hosted broadcasts on the American YouKnow platform. In 2015, her page appeared on the Musical.Ly social network, which was later merged with TikTok. Kristen was originally signed under the nickname skyrocketed.

One of the most popular videos on the platform is Regret in Your Tears, where Kristen appeared with Nicki Minaj in 2017:

Hancher as an actress

Studying at the art school was not in vain: in 2017, Kristen appeared in the TV series Misshaps. This motion picture was filmed and produced by One Push Video Creative Agency. The series is a short comedy video dedicated to situations that happen to teenagers on a daily basis. The audience will find funny scenes and unexpected pranks. Interestingly, fans often compare this work to I Love Lucy, a sitcom from the 50s of the last century. Kristen's former lover Andrew Gregory also took part in the filming of the series.

In addition, the girl played in other comedy projects: Troubled Youth, Too Cool For School, Mani, The Pain of Painting.

What does TikTok's Kristen Hancher love?

Brands. Forever 21 and Broadway.
Pets. Kristen has 2 adorable cats.
Actors. The blogger's idol is Jim Carrey.
Sport. The girl achieved her chiseled figure thanks to regular fitness classes. Kristen loves gymnastics and football.
Music. Trap.
Food. The girl loves Mexican food, vanilla frappuccino and cake pops - mini cakes on a stick. The star loves to spend her free time with a cup of her favorite drink with a delicious dessert at Starbucks.
Colors. Pink, blue, green, a combination of black and white.

In 2016, Kristen was nominated for the Teen Choice Awards in the Muser's Choice category. Young talents in the field of music and contemporary art take part in this show every year. 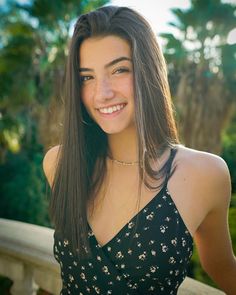