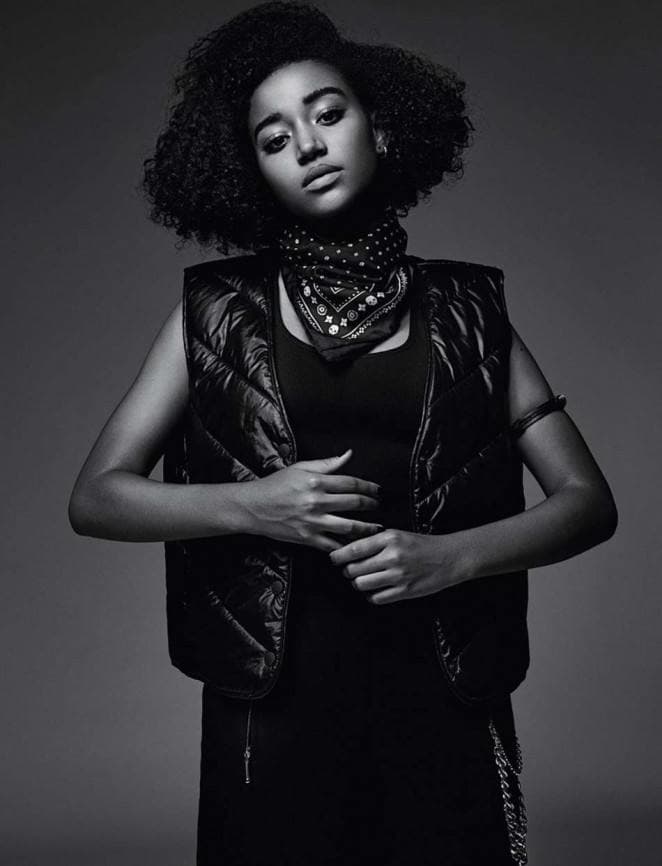 Amandla Stenberg was born on the 23rd of October, 1998, in Los Angeles. She is raised in a family of intellectuals. She has a mixed origin. When she was only four, she was engaged in modeling business. Later she was invited to take part in a film. In 2012 she became really popular due to her participation in the movie called ‘The Hunger Games’. Since that she has shown herself as a brilliant actress and as a musician as well.

Father: The name of Amandla’s father is Tom Stenberg. He is an Irishman.

Mother: Her name is Karen Brailsford. She is a writer. She belongs to African-Americans.

Siblings: Amandla has two half-sisters. They are older than she. They come from her father’s side.

Husbands and kids: Amandla is unmarried.

Sexual orientation: homosexual. In her interview that was printed in ‘Wonderland magazine’ she confessed that she is a Lesbian. Before that she had claimed that she was pansexual and bisexual.

She has a girlfriend. Her name is King Princess. She is a famous singer as well.

What is the first movie where the young actress has taken part?

It is called ‘Colombiana’. It was created in 2011. The actress performed the part of Young Cataleya there.

In what television series has Amandla taken part?

She has played in such series as ‘Mr. Robinson’ and ‘Sleepy Hollow’.

Has Amandla ever been awarded or at least nominated?

For her part of Rue she has been given Teen Choice Award and nominated to Black Reel Award.

What are the music attempts of the young performer?

In 2013 she began to play the violin and sing. She composed a duo with Zander Hawley. Together they created and released the extended play called ‘Honeywater’.