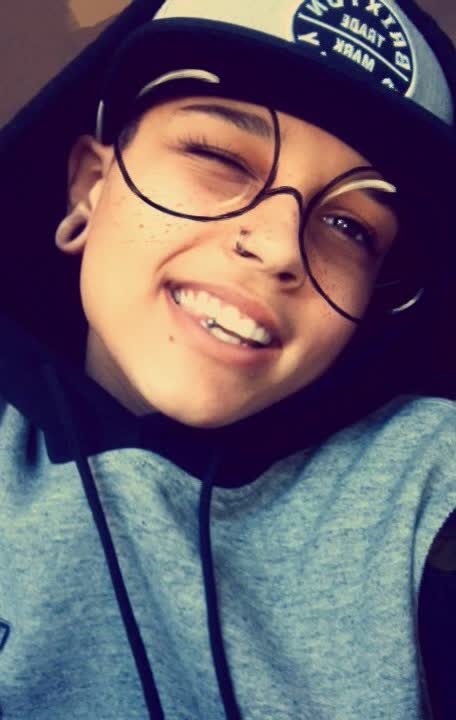 Benson Smith a.k.a bxns0n is a young Musical.ly star, born in 1999 in Georgia. Her story on social media began in early 2015; then, she created her Instagram and Twitter accounts. Soon, Musical.ly was launched, Benson joined it and started gaining following fast. A couple of years after that, the number of her fans on the app reached 190k and it continues to grow.

Mother: Benson's mother's name is Kristina Smith. In 2010, she lost custody of her children but gained it back in 2017.

Father: Benson's father's name is unknown. Her mother is remarried to a man named William.

Siblings: Benson has four siblings. The youngest of them are her brother named Kyle and sister named Savannah.

Husbands/Wives and kids: Benson's has never been married and she has no kids.

Benson is openly lesbian and she is LGBT activist. Based on her social media, we may assume that she may be dating some girl in 2018 but it is not clear which one from the many she hugs with on her pictures.

Benson's net worth has not been estimated yet. However, it doesn't look like she earns much money with his social media activity as on January 29, 2018, she has launched gofundme campaign to fund her trip to LA. There, she would promise the participants Instagram and Musical.ly following in case they donate more than $60.

Yes, she is. She has an active YouTube account where she posts various vlogs, videos of her, her family and friends regularly.

When did she change her appearance to boyish?

She did it in 2015 when she cut her hair, got some tattoos, and piercing.

What kind of videos does she make on Musical.ly?

She makes mix of dancing, lipsync, and glitch vids on the app.

What about her attitude to LGBT?

She suppots LGBT. She is lesbian herself and some of her friends are lesbians and gays as well.

What about gofundme campaigns she and her mother launched?

Benson launched a fundraising campain to but plane tickets to LA. As for her mother, she did the same to raise money to regain custody of her children.