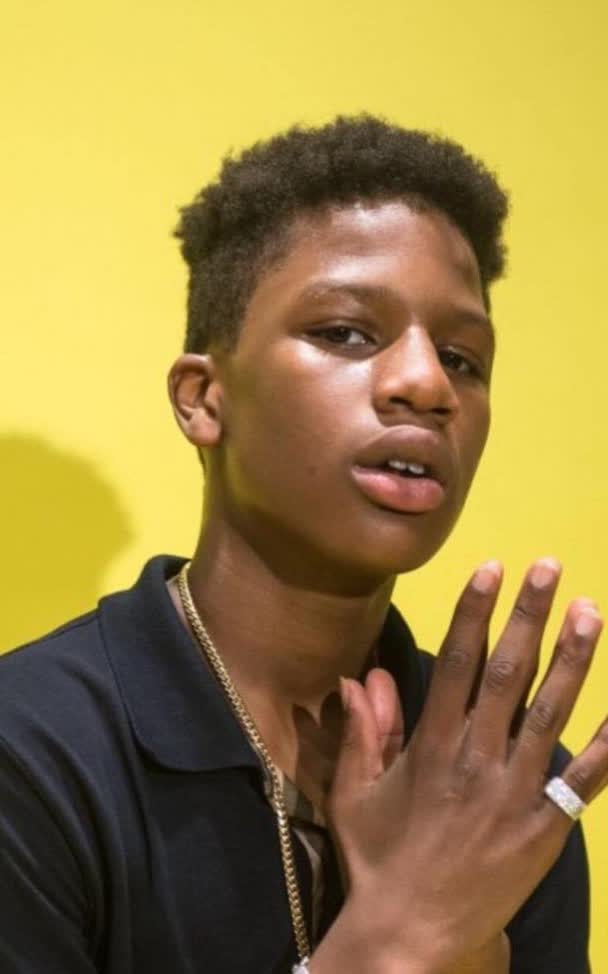 He’s got home-schooling. The rapper used to do it online being a student of Keystone High School. His manager is his tutor.

Smooky MarGielaa is an African American rap sensation who snagged the music world by his uniqueness hailing from Malian artists. He found himself in the midst of his growth spurt after meeting ASAP Rocky. He became his protégé and a part of the group called AWGE. His breakthrough tracks are “Diamonds,” “Out My Face,” and “Stay 100.” He also famed for appearing in “Cozy Tapes, Vol. 2: Too Cozy.”

Father: It is Abdoulaye Diabete, a Malian musician. The two went on tourstogether across the U.S. when Smooky was just 7 years old. They performed onbalafon and djembe.

Mother: No word yet on his mother.

Siblings: There is no available information regarding hisbrothers and sisters.

Husbands and kids: Smooky has not been married to any girl yet. He hasgot also no children so far.

His girlfriend’s name is still to be defined.

According to some calculations, the net worth of the rising rap star is$50 thousand.

Cars: As for his car collection, there is no word said.

Starting from the period when he toured with his father, the future Bronx star covered the hits of Michael Jackson during different events in New York City. It is regarded as his major influence. It was his father who actually introduced him to King of the Pop.

When did he start recording?

When he got into the middle school, he began recording tracks and uploading them to his pages on social media platforms. The future rapper created them at first using the app Garage Band he downloaded on his iPhone. This brought local fame to him. Later on, he got acquainted with A$AP Rocky. This turned to be the turning point in his life after which his popularity skyrocketed.

What was his longest trip when he was away from home?

It was his journey to Africa which lasted three months. It made him release that every person should be grateful for what he or she had as he saw that people living there much poorer than us.

What is his collaborative project “Judge” with CashMonetAP about?

It tells about people locked up in the booth and why the judge does not let them home. The track is a part of the upcoming mixtape “MMM.”

What is the meaning of his stage name?

It hails from one his cousins’ names Smoke. MarGielaa can be referred to the title of one of his songs “Margielas.”