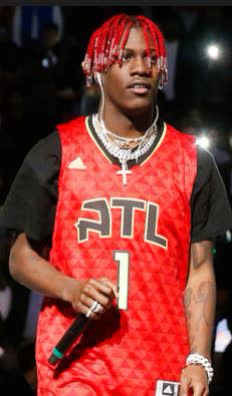 After he graduated from high school, he started his education in Alabama State University, but he dropped it to move in New York and become famous.

The world first paid attention to Lil Yachty or Miles Parks McCollum in 2015, after his two singles “one Night” and “Minessota” were released. Born in Mableton, Georgia on August 23, 1997, he is famous hip-hop artist and model. He started to gain followers on Instagram to become popular. Then he took part in Kanye’s fashion show of Adidas. After that, he started to work with popular MC’s.

Father: Shannon McCollum, a photographer, supports and defends his son.

Mother: Her name is hard to find, but she often accompanies him to different events.

Siblings: In one of the interviews he mentioned his older brother.

Wives and kids: He isn’t married and has no children.

His recent personal life is a big secret; he always avoids questions about it. Sometimes he says, that he is more interested in building a successful career than happy relationships.

His estimated net worth is $ 2 million.

He has no houses or cars listed, because he tries to keep his personal life a secret.

What special features does he have?

Besides his red hair, he has a diamond-encrusted sailing boat chain.

What story hides behind his nickname?

He is keen on the sea theme.

What connection does he have to the world of fashion?

He took part in Kanye West’s fashion show. Moreover, he is a creative director for Nautica, his debut in this role was in February 2017.

Why is his music so special?

He loves to mix different music styles and he is in that small amount of rappers, who don’t rap about drugs and guns.

What about his fan base?

His fans are humble, a little bit crazy and positive, as himself. A lot of them made tattoos with their idol.