Faheem was a student of High School.

Faheem Rashad Najm was born on the 30th of September, 1985, in a small town Tallahassee which is situated in Florida. He was grown in a family who were devoted Muslims. He himself did not understand the postulates of his religion and dreamt of some other, less strict and rigid world. The first band that he became a member of was ‘Nappy Headz’. It was in 2004. In 2005 he created the album which he called ‘Rappa Ternt Sanga’. That was the start and the first push in his profession. Now Faheem is not only a hip-hopper but also an actor.

Siblings: The names of Faheem’s brothers or sisters are not known.

Wives and kids: Faheem is married to Amber Najm. The couple has been blessed with three kids. Their names are Muziq, Lyriq and Kaydnz.

Faheem is not gossiped to have any girlfriends outside his family.

Cars: The brand of Faheem’s car is not available.

How did the performer display his talent in music when he was a little child?

Faheem has an unforgettable experience of his childhood when the friend of his parents who had a studio took him there and allowed to touch and twist all the buttons he saw there. The child was so admired that during years he tried to obtain sound equipment and year by year he managed to turn his bedroom into a small sound-recording studio. That was the first realization of the boy’s gift.

Who introduced the boy to the world of music?

It was a producer whose name is Ben Tankard. He saw the gift of the young performer and gave him useful tips.

Why does Faheem have such a pseudonym?

It is an abbreviation of the phrase ‘Tallahassee Pain’. He has chosen such a name as he had a lot of troubles in his home town where the life was not easy at all.

In what films has the performer starred?

The last movie he has participated in is named ‘Epic Rap Battles of History’. 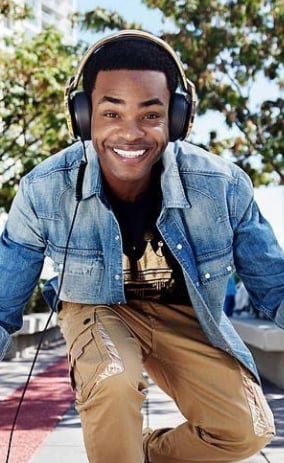