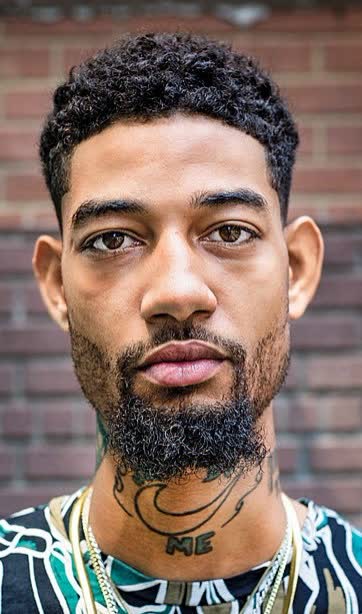 Rakim was a student of Middle School. He did not study in high school as he was arrested a number of times. He was sent to a special school for improving teenagers with illegal behavior.

Rakim Hasheem Allen was born on the 9th of December, 1991, in Philadelphia. He grew up in a large family where there were a lot of kids and a single mother. The performer has an experience of prison and homeless life. His stage pseudonym is PnB Rock which is an abbreviation meaning the corner of the streets where he grew up. He is widely known for his album which is titled ‘Catch These Vibes’. His singles have taken the leading positions in hit parades and charts since they were created.

Father: Rakim’s father’s name is unavailable. He was killed in the street shooting when Rakim was still a toddler.

Siblings: There is no information about Rakim’s siblings’ names. There is information that Rakim has four siblings. They are his brothers. One of them has a disease called autism.

Wives and kids: Rakim is not married. He has a kid. His daughter’s name is Milan. The girl was given birth in 2013.

There is no information about Rakim’s girlfriends.

Cars: The brand of Rakim’s car is Mercedes.

Which is one of the most important of his achievements?

There are a lot of them. One is the fact that once Rakim was included into the special list which is shown in periodicals. It is titled ‘XXL Freshman Class’. The personalities who get there are beginning and promising performers. They are interviewed and their pictures appear in magazines. Due to this list the beginning artists become famous.

What bands have influenced the young artist?

He has been influenced by the groups like, for example, ‘Jodeci’. Ione of the most famous singers of Rakim is 2Pak.

Why was the boy sent to the approved school?

He was sent there as he had had a lot of fights at school. After he had robbed a store, he was expelled from school.

Why did the singer get to prison?

He got there as he had kept and traded drugs.